Break Up With My Favourite… 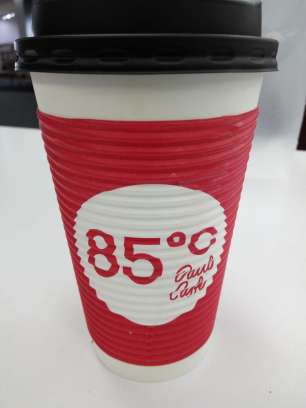 Coffee had never been my favorite drink until… I got in university. Most people (students) I talk to tell me the same thing; that university makes them become coffee addicts. Actually, it was never a drink I would consume during high school, and I could never understand how people could gulp down coffee like air.

However, ever since I got into university I have been drinking coffee, I think. Overwhelming classes, assignments’ due dates looming around, procrastination all contributed to my overconsumption of coffee, and by overconsumption I mean 1 cup of coffee every day after lunch or 2 bottles(550 ml) of coffee every day. That sure takes a toll on your brain and body. At the end of each semester, I stopped drinking coffee, and then I would feel lethargic and sleepy all the time during the holidays. However, it was not until this semester that I noticed small changes in my productivity, my health and in my sleep patterns.

I would always be smelling of coffee. It was my favourite perfume. But it would give me headaches. I would often have difficulty sleeping at night even if I had drunk coffee very early in the day. I would also overthink a lot, but that could just be me. I would also notice that I was always stressed and alert. My hands would always be shaking, and I would be more energetic than usual (eye roll), obviously.

Then this semester I decided, along with a friend to stop drinking coffee. The first few days were hell. The temptation to go to the nearest coffee bar to buy a cup of coffee was too much. It did not help that wherever I would go, be it a class, a restaurant, or the library, the scent of coffee would follow me. People would be passing by,sipping on my favourite hot beverage slowly. And I would just inhale coffee’s smell as if the mere scent could boost me up, just like…like an addict.I would feel tired and I would be unable to focus. I would feel dizzy and would find myself zoning out a lot during class.

Nevertheless, after these few days, I started feeling more ‘normal’. I was alert most of the time (without coffee), I slept like a baby (literally). I fell asleep as soon as my head touched my pillow and I felt refreshed when I woke up. That was the best thing that ever happened to me in a longtime. I felt healthier and lighter, motivated and dynamic. There was a little good stress, but I no longer felt my hands shake (unless I was nervous).

I was also fine with other people drinking coffee around me. It’s just like when you had been in a relationship with someone for a long time before breaking up with them. It takes a while to getting used to seeing other couples get all mushy around each other. It was the same for me. I felt as if I got out of a toxic relationship with coffee.

(Ps: 2 weeks after breaking up with coffee, I bought a chocolate latte and I drunk it(it was more of a hot chocolate than a latte). It was much later during the night though, when I couldn’t sleep, that I regretted my decision of having bought a latte.)

The secret of change is to focus all your energy not on fighting the old, but on building the new.