So two weeks ago I resumed blogging after a long time. And I was thoroughly surprised that more people joined my blog and continued appreciating the content I put out.

So in order to update everyone on what’s been happening, let me start by first introducing myself again.

My name is Deepika and I am  a graduate from the Xi’an Jiaotong Liverpool university in Suzhou, China. I am a citizen of Mauritius, a tiny island off the East coast of Africa, near Madagascar. I like writing (obviously), and I think I am a pretty jovial girl/woman. I am still getting used to being young adult and calling myself a woman, mostly because I think that I still am a bit of a teen at heart.

I started this blog to vent out my frustrations, talk about my feelings because I felt I wasn’t being understood and I have felt a lot of love and support from the community on WordPress, which is what keep me motivated and coming back.

So here’s how my year has been going on so far.

January was the end of the first semester and the start of holidays. I went out with my friends for a cup of coffee at the new Suzhou center shopping mall, and that was my friends and I contemplating about the next semester and exams.

January also meant winter and cold. And this was my first winter ever, since it does not snow in Mauritius and I was not in China when it snowed the previous years. I went ice-skating with my friends and made my first snowman, other firsts of mine. I was out doing more sightseeing with my friends, and eating typical Chinese Street foods.

I did not make this snow man, though I would have liked to make it. But I did make one!

Me on an Escalator 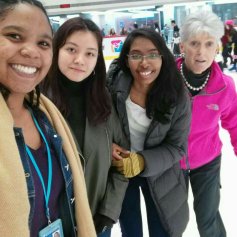 Ice-skating for the first time 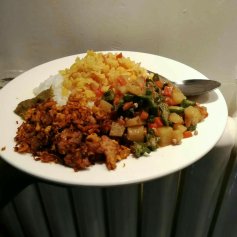 February was still a cold month, but the arrival of Spring was near. I celebrated Valentines’ Day and the Chinese New Year with friends, taking candid pictures on the bus, baking a chocolate cake, and eating one of my favorite Chinese food, dumplings.

End of February was resumption of classes and club activities (I am part of the Rotaract Club of Suzhou which is based at my university), and March was swamped with organizing and implementing activities. I was co-project manager of an event about managing waste, which included a talk to raise awareness on waste management at the university and a poster and trash bin design competition. 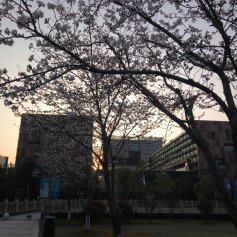 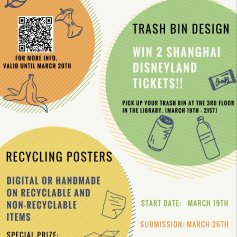 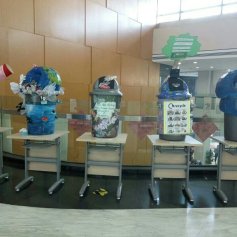 April was about preparing for my Final Year Project(dissertation) and organizing the Rotaract club’s annual Run in Blue. Run in Blue is an annual event organised by all Rotaract Clubs all over China to raise awareness or funds or both about an issue that we care about. Rotaract Club of Suzhou, of which I am part of, organized a 5 km marathon to sensitize people about autism and raise funds for an Autism center in Suzhou. So, there were weekly meetings to prepare for our biggest event of the year. I also attended a startup weekend, for entrepreneurs. I was excited to open up my horizons and take up every opportunity that I could get to get to know more people, engage and interact with them and learn new ideas. The end of April was me submitting my final dissertation. 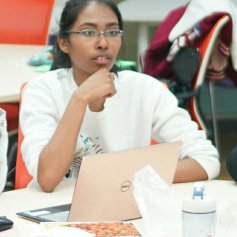 Me in deep thought in one of the meetings 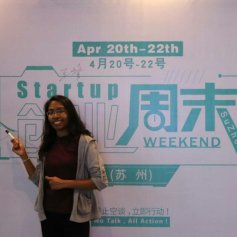 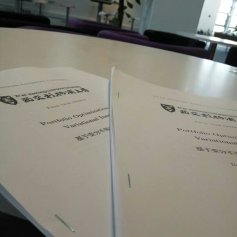 The month of May was all about preparing for my final presentation, as well as organizing the Run in Blue event. This event attracted about 100 people and raised twice our targeted funds, which was also twice the previous year’s. It was an awesome achievement indeed!

I did my final exams, and all my worries were temporarily over. I had fun with my friends who were returning home for the holidays.

In preparation for the 5km marathon (for Rotaract Shanghai’s Run in Blue), I had started jogging on alternate mornings and this routine stuck. I am now exercising more and I can feel the difference that running has on my life. I am more active and I have more energy in the mornings. Whenever I feel tired while running, I always tell myself, “Come on, you can do it! You can run some more and some more.” When I think I have reached the maximum I can run, I surprise myself by going further and further.

These are just some pictures that I would take on my runs.

I went to the Rotaract Shanghai’s Run in Blue (5km marathon) which was to raise awareness for down syndrome. I took this opportunity to visit some places in Shanghai. I went to Xin Tian Di, The Bund, I ate a lot of succulent and different types of food, and made many unexpected discoveries.

That was my half-year, full of ups and downs and from my description and pictures it certainly seems full of ups, but there were some downs. Stress during organizing events, stress of exams and preparation for my dissertation and finals, and a lot of issues coming up. I do and talk about the issues that affect me, but more in the form of poems I think!

Thank you for reading about my half-year! I hope that I can make more memories during this second half of the year, and conquer more experiences to add to my basket of life. Tell me how your half-year went!

I hope you enjoyed!

*** I just found out this morning 20 July 2018, that I have passed my exams and I am graduating with an honors degree in Financial Mathematics! Omg I am so happy!!!! (I had written and scheduled this post a few days ago, so that’s why I did not mention it in the beginning)