Mauritius, a tiny island found in the Indian Ocean is about to celebrate 50 years of Independence and 26 years of Republic today, the 12th of March.

According to sources, the President had used a credit card given to her by a London-based non-profit organization, Planet Earth Institute, for personal purchases in Italy and Dubai. Mrs Ameenah Gurib-Fakim,
the president said that she has already refunded the money and questions why this matter is being brought up one year after it was first discovered, and that too on the eve of the Independence day celebrations. The cabinet had already started proceedings for impeachment but after talks with the President, a date has been agreed on for her to step down from her position. (Source)

Reading this news far away from my country makes me feel less involved. I feel as if I am able to detach myself from the brouhaha that is probably happening, among the population, in the society, on the TV and radio.

This being said, I still feel bad. I don’t want to concentrate on the bad things on a celebratory day because it’s still the day Mauritians got independence from the British. You can find a very brief article that I wrote here if you don’t want to go through the whole post. Details of the discovery and the history of Mauritius pre-Independence are found at the end of this post if you want to know more.

Mauritius is part of the Mascarene islands, which also include Reunion and Rodrigues. Rodrigues is an autonomous outer island and gained its autonomous status in 2002. Rodrigues along with Agaléga and Saint Brandon form part of the larger territory of the Republic of Mauritius.

Mauritius got its independence on the 12th March 1968 but Queen Elizabeth 2 remained head of state until 12th March 1992 when a constitution was written, and Mauritius became a Republic. Over the years. Mauritius has moved from a sugar-cane based country, to a manufacturing based economy, and then to a tourism based economy. Now, the economy is more geared towards the tourism industry with a growing intention to become a finance, knowledge and technological hub.

Mauritius is a member of the World Trade Organization, the Commonwealth of Nations, La Francophonie, the African Union, the Southern Africa Development Community (SADC), the Indian Ocean Commission, COMESA, and formed the Indian Ocean Rim Association.

Mauritius boasts of having a free health care system, a free primary and secondary schooling and subsidized tertiary education system, and free transport for students, the elderly and the disabled.

The education system is mostly British, with the O levels and A levels as the most important examinations. However, there are schools based on the French systems, and which provide baccalauréat certificates. The Alliance Francaise de Maurice also provides a platform for people to learn French and keep the language alive in the country. A fact about Alliance Française of Mauritius: It is actually the first Alliance Française in the world after that in Paris. It was first created on 10 September 1884. (Le 10 septembre 1884 fut alors créée à Maurice, la première Alliance française. C’est la première Alliance française de l’île Maurice mais également dans le monde après celle de Paris)

Asian languages like Hindi, Telugu, Tamil, Marathi, Chinese, Urdu, Arabic, are compulsory in primary schools (6-11 years) and optional in secondary schools (12-18 years). (The education system has recently undergone a change but I am not quite familiar with that yet)

As a multicultural island, the country is colorful all year, with festivals and public holidays. People have the freedom to express their religious faiths. It is not a utopian country though. With so many cultures, it is bound to have many disagreements. However, there is a sense of unity most of the times.

Mauritian people are most likely to stay indoors during the weekdays, cooking dinner and enjoying it with the family and watching television. For foreigners visiting the island, they might find that life is at a quite slow paced, especially if they are visiting the villages which are not on the coasts.

People in villages would not normally go out after 6 pm as it can be dangerous in certain places. Also, public transport stop running after maximum 8 pm and it can be difficult to travel to places unless you have your own mode of transport. 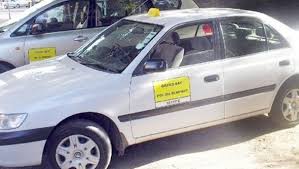 There are buses which run from as early as 5 a.m until 8 pm. Many people also have cars, motorcycles, bicycles, scooters, vans,… Taxis and cabs are also available to travel. Currently there is one harbor, which is in the Capital city of Port-Louis, found in the North-West of the country and one international airport in the South-East. Light rail is supposed to be introduced in the near future, which is the cause of another major disagreement between the population and the decision-makers because of the displacement of residential areas and the loss of the flora and fauna of the country.

The night life is more interesting on the coast with more activities, restaurants, and clubs. Most hotels are found on the coast because of the beautiful beaches and many have their own golf courses. Many tourists like Mauritius for the water sports and the small islands surrounding Mauritius. 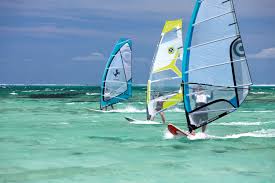 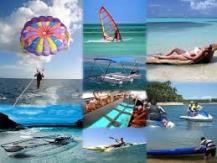 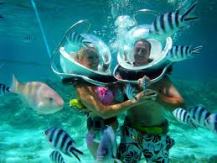 Tourists are many a times found to face issues like scamming, overcharging and dual pricing.

Normally, bargaining is common in some shops and in the market (bazaar) but not in high end shopping malls and supermarkets.

The major musical genre is the Sega music, or seggae and Bhojpuri music. But people also listen to American, English, and other songs. The typical Mauritian dance is also called the Sega.

Mauritian cuisine is a combination of Creole, French, Chinese and Indian cuisine.

Many street foods include roti or dholl puri which are both like a burrito with Indian curries, samoussa, bhajia, and other fried snacks. 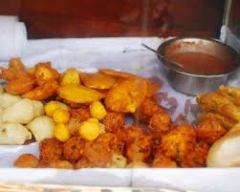 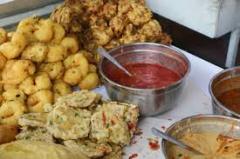 The most preferred sport of Mauritians is football (soccer) and the national team is called Club M. Other sports include cycling, table tennis, horse racing, badminton, volleyball, basketball, handball, boxing, judo, karate, taekwondo, weightlifting, bodybuilding and athletics. Bruno Julie was the first Mauritian to win an Olympic medal in the 2008 Olympics in Beijing in boxing. 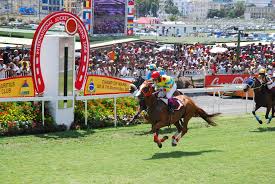 Horse-racing dates from 18122 when the Champ de Mars was inaugurated. It is a popular sport where people like to gamble on Saturdays.

Sweet is Thy beauty

Sweet is Thy Fragrance

Around Thee we gather

In peace, justice and liberty

This is sung at assemblies in schools and for official events such as at Drama festivals, celebratory events, etc.

To end this, I would like to wish a Happy Independence and Republic Day to my Motherland!

***Living in a multi-cultural island can be very stressful sometimes. I personally found it very difficult to express myself freely because of the contradictory messages that I got from the very patriarchal and conservative society. While the formal education that I received taught me to be independent and strong, society told me that I was strong but weak, empowered but had to be submissive, smart but not enough to be able to make decisions on my own. I often felt a discriminatory treatment vis-a-vis my peers, not only because of my religion, or my gender, but also because I am from a village, and sometimes even because of my skin color.

The more I suppressed the want to be free to do what I wanted, and the more submissive I tried to be, the worst I felt.

I always wanted to get out of there, just because I never felt right in a society that I felt was constantly judging me and my actions, that was always telling me what was right or wrong instead of letting me find out and make mistakes and learn and experience.

That being said, I will always be grateful for the love, support and education that I got from my family, friends, teachers, and relatives, because without that I would not have had the good memories that I now have.

I hope that people learn from the mistakes of the past and right the wrongs.***

*** All the views expressed in this part are mine and mine alone. I would like to emphasize that these were my experiences growing up and it in no way generalizes everyone living in Mauritius.

Mauritius apparently first appeared in a map by an Italian cartographer, but we don’t know for a fact who were the first who discovered the country.  The island was called by several names, Dina Arobi by the Arabs, Ilha do Cirne by the Portuguese, Mauritius by the Dutch, Ile de France by the French, and again Mauritius by the British. It is still called Mauritius in English, Maurice or Ile Maurice in French and Moris in Mauritian Creole.

The island was the natural habitat of non-carnivorous animals. It was inhabited by the legendary extinct bird, called the Dodo. It was visited by the Portuguese but they never settled in. The Dutch next shipwrecked on the island and stayed for a while but they were unlucky because of the many cyclones during that time. They nevertheless found treasures in the form of ebony and other trees which they exported to their country to make furniture.

Soon after the Dutch left, the French who were in control of Reunion Island which was previously called Ile Bourbon in French (or Bourbon island)  took over Mauritius. They settled in, and successfully raided British commercial ships. Many buildings constructed by the French still stand strong and are still used. For example, the line barracks in Port-Louis is the Police headquarters. Isle de France was also made famous by the love story “Paul et Virginie” written by Jacques-Henri Bernardin de Saint-Pierre when he lived on the island from 1768 to 1771. Mauritius, instead of Pondicherry in India was also the French headquarters in the Indian Ocean due to Antoine Bruni d’Entrecasteaux. The battle of Grand-Port in August 1810 between the French and the British who wanted to take control, was the only naval battle in history, where the French won over the British. However, they lost the next battle three months later and surrendered to the British.

The French were allowed to keep land and property that they owned and they were allowed to use the French language. When slavery was abolished in 1835, the British brought in indentured laborers from India. In 1901, Mahatma Gandhi visited the island and sent Manilal Doctor to create awareness among the Hindu population to take action and fight for their right. Around that time, there were strikes and rebellion among the population. Two academics also noticed the uprising monoculture in sugarcane and sharp decline in population growth, and it became clear in the 1950s that Britain wanted to relieve itself of not only Mauritius but also other colonies. This decision was also partly triggered by the labor party in Mauritius led by Sir Seewoosagur Ramgoolam, now known as the Father of the nation.

*All photos are taken from google. Some of them have been credited while some have not. I take no credit for the photos. All credit to the rightful owners.*